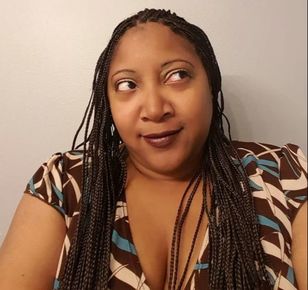 Hailing from the windy city of Chicago, I had a passion for the written word since the age of seven, reading everything I could get my grimy little hands on which included encyclopedias and the thesaurus. As an avid fan of B rated horror movies, it came as no surprise when at twelve, I had my first encounter with Stephen King novels. It inspired me to conjure up different versions and write my own brand of fiction, combining multiple genres in order to keep things interesting. MAJ began a journey.

I am a BIG supporter of diversity. Most of my stories involve characters who can shift their gender. My motto is that it shouldn't matter what gender a person/alien is for you to love them.
​
I am a HUGE Anime fan, love a great bottle of wine and rock out to heavy metal music. Back in the day you would find me in the front of the stage in a mosh pit.
Green and lush Oregon is where I currently reside spinning imaginary worlds in my head and daydreaming.
In a tiny bedroom somewhere in the suburbs of Portland, Oregon, MAJ is hunkered over her widescreen laptop like Quasimodo peering through squinted eyes at the keys while she taps, taps, taps away at them forming .... worlds.
If you want to dive into a mind that's a bit different and a little off kilter, look no further.

I am also a member of the Northwest Independent Writer's Association (NIWA).
If you're a writer in the Pacific NW and need fellow authors to connect with, check out our website.
http://www.niwawriters.net/
And... the World Science Fiction Society. Want to be a part of that scene too? Check out Sasquan.